Curcumin: Can this Ancient Spice Unlock the Healing Powers of the Body?

Whenever we hear the word inflammation the first natural substance that comes to most people’s mind is curcumin.

According to the American Heritage Science dictionary, the definition of inflammation is:

“The reaction of a part of the body to injury or infection, characterized by swelling, heat, redness and pain. The process includes increased blood flow with an influx of white blood cells and other chemical substances that facilitate healing”.

The definition of an anti-inflammatory is a drug used to reduce inflammation.

So, what does all of this mean?

The job of the nonsteroidal anti-inflammatories is to essentially block the cox enzymes and reduce the production of prostaglandins. For your reference…

Corticosteroids (the steroid based anti-inflammatories) like prednisone work in a much different way to produce a similar end result.  According the the mayo clinic, “Corticosteroids mimic the effects of hormones your body produces naturally in your adrenal glands, which sit on top of your kidneys.

Now that we have clearly defined what inflammation is and some of the most modern ways  medicine deals with it, let’s compare this to how the compound curcumin works in the body and if it really is an anti-inflammatory and pain killer.

Here is a question to think about….

A chronic unhealthy response in time would promote an overstimulation of the inflammatory response which leads to chronic systemic inflammation. A small amount of inflammation is not only healthy but in fact necessary to know when something is wrong so the body can do its job and fix it.

So, the answer to whether or not curcumin is an anti-inflammatory and pain killer, is no.

While some might say there is a fine line between the two, the line does in fact exist.

Michael Stuchiner is an experienced Master Herbalist, the Head of Education for Z Natural Foods, 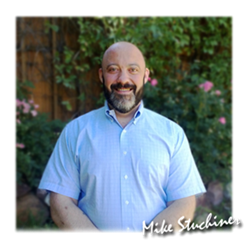 a teacher and an accomplished author.  With a 16-year specialization in medicinal herbs, Mike also has a vast knowledge in tonic and adaptogenic herbalism. Mike has enjoyed a 25-year career as an elite-level competitive powerlifter where he learned to heal his ‘mind and body’ as an avid user of herbal remedies. With more than 1000 published studies and over 7000 published articles curcumin extract is one of the most well researched medi... Piperine is a pungent component found in black pepper, which is in the Piper Nigrum family. This spice has a long history of u...